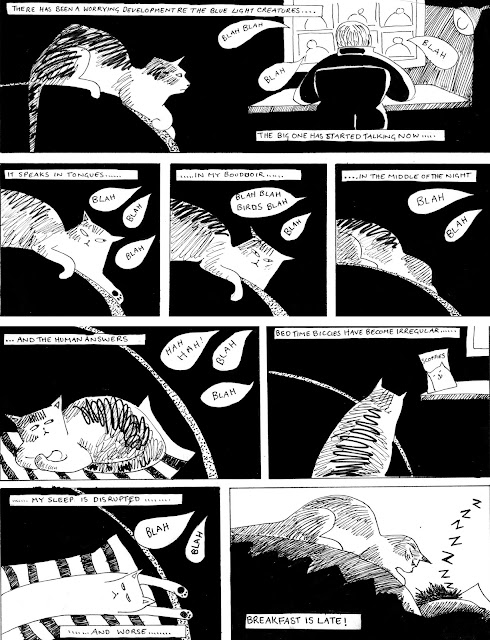 Posted by healthandsafetycat at 13:02 No comments:

There Appears to be Something Going on 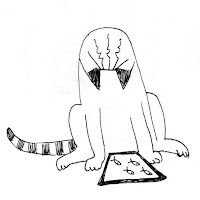 Now, I may be mistaken, but there appears to be something going on with the humans. Numbers 1, 2, and 3 are all hanging about the house and frankly getting under my feet. You would think they could put all this spare time to some productive fur brushing use, but they are more interested in staring vacantly into space and attending to their blue light creatures. I do my best to stay away from these creatures as they are unpredictable. Apart from the fish videos, I do like those. 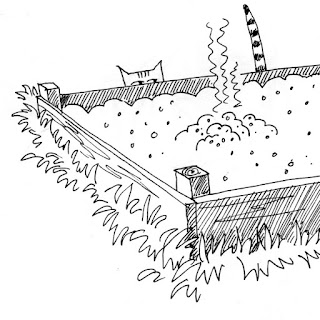 A more positive development has been the refurbishment of the out door litter tray facilities, and the construction of two new ones. This takes the pressure off having to use the ones in my boudoir. Number one human says we must dig for victory, which is a bit vague, but that is what I have been doing.

The human also says that all humans have just got the kick up the arse that they need. It didn't clarify how this arse kicking for humans is to be administered, but I am broadly in favour of the idea.
Posted by healthandsafetycat at 04:47 No comments: 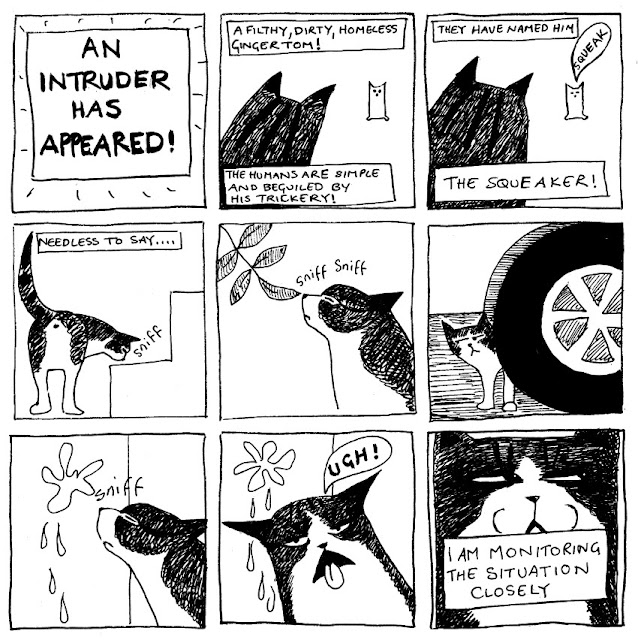 Posted by healthandsafetycat at 12:07 No comments: 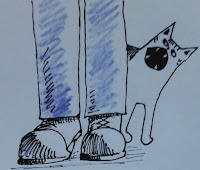 No. 1 human has  abandoned me. It disapeared two weeks ago without a word of explanation and hasn't been seen since. I have now given it up for dead and, as a consequence, have begun the difficult task of grooming No. 2 human for succession. Progress, however, is slow and I have had to empoly a lot of shouting to keep services running smoothly. Getting eye contact with with the human is difficult as it is in thrall to a small blue light creature which it holds and talks to and strokes with its finger. The creature talks back but in a language l am not able to decipher.

When left unattended the human tethers the creature to the wall with a wire, presumably to stop it wandering off. I am glad of this as I do not trust the creature and clearly neither does the human. Some times while tethered the creature calls out and the human comes and strokes it until it is happy again.

I am starting to become suspicious that the human may deliberately ignoring me since, despite being able to understand this highly cryptic blue light creature language, it is apparently unable to comprehend a simple set of quite clearly nuanced meows. 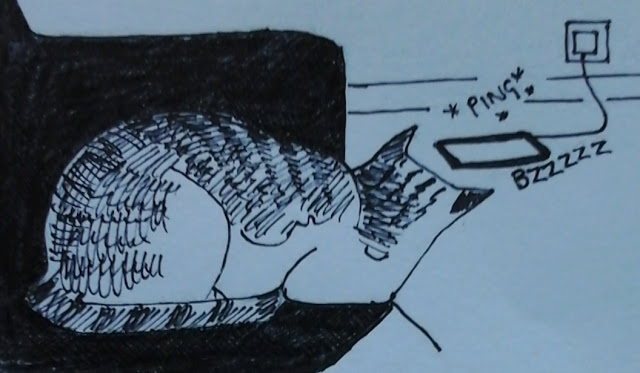 Posted by healthandsafetycat at 05:36 No comments: 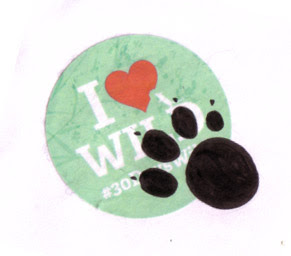 The human tells me it has has pledged to do a random act of wildness every day in June. It has of course made very little effort towards this and, as usual, it has fallen to me to take up the slack. I have, therefore, spent the last four days stalking the inhabitants of the skirting board (please see my previous post 'Mythic Beasts' for more information on this species).

I was finally rewarded after many patient hours with a capture. As it was small, I ate it complete.

As a random wild act, I think you will agree, this can not be faulted. The human said I was a bad cat but I think it was secretly pleased. It is especially pleased that I didnt vomit it up anywhere, or so it thinks...
Posted by healthandsafetycat at 15:45 No comments: 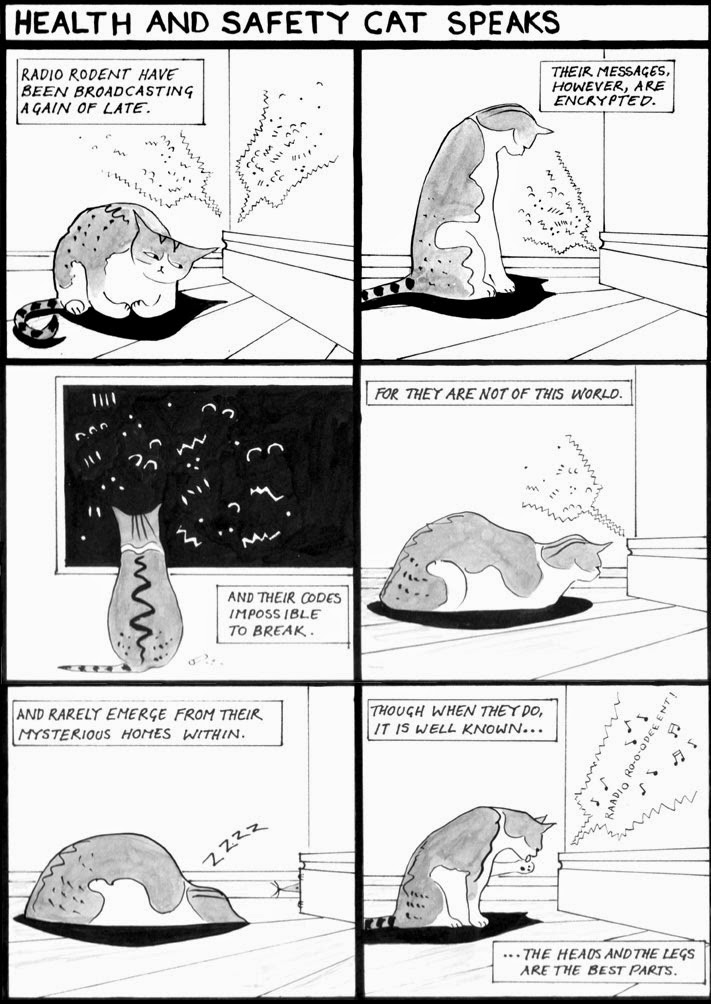 Posted by healthandsafetycat at 06:12 No comments: 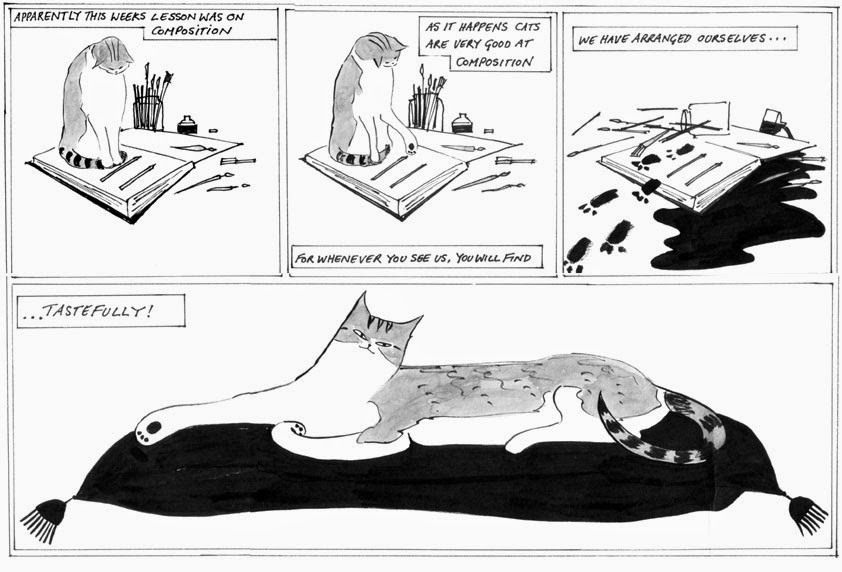 Posted by healthandsafetycat at 04:49 No comments: